3 Best HostGator Alternatives for 2020 (Number #2 is My Favorite)

HostGator has had several network outages since its original owner sold it to Endurance International Group (EIG) back in June 2012.

The latest HostGator server outage was in December 2016. With the yearly outages plaguing its network since 2012, we wonder when the next HostGator outage may be.

Since we haven’t heard from the company what steps they’re taking to prevent similar network outages from happening again in the future, we can only surmise that they have taken care of the problem internally.

One other concern that some have raised about HostGator is its worsening customer support, which again came about after its acquisition by EIG.

If you are wary of HostGator in light of the network outages and/or worsening customer support, or if you’re looking for more reliable hosting, you might want to look at other providers with more stellar records in network uptime as well as customer support.

In particular, we’ll be looking at how these companies measure against HostGator in terms of features, price, and customer support, which are among the more important things to look at when comparing the capabilities of prospective web hosts.

If you’re looking for more detailed reviews on BlueHost, FastComet, and GreenGeeks, we’ve tackled all three providers in separate review articles here on our website.

Feel free to read them for more detailed explanations of each of their features. 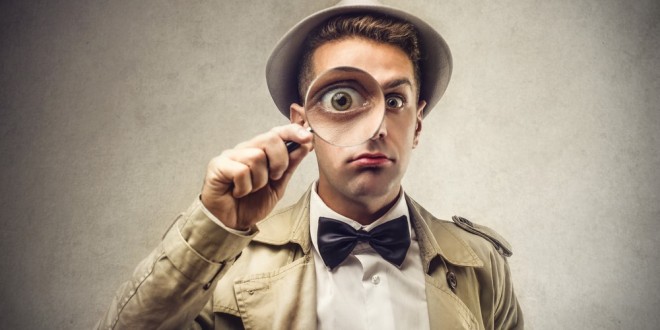 Let’s look at the first HostGator alternative on our list, BlueHost, which serves more than two million websites currently.

Below are the reasons why BlueHost is an excellent HostGator Alternative.

All BlueHost hosting plans are on CloudFlare, one of the world’s most reputable CDNs.

This means that websites get served faster wherever a user may be located since these are replicated/cached to Cloudflare’s network of proxy servers across the globe.

To give you an example, a user based in New York accessing a website hosted in a server somewhere in California will experience the same speed as a user in California since the website is being served in a location near New York.

This BlueHost advantage is not available on HostGator. Thus, in terms of faster access to your websites, BlueHost is a clear winner, at least on paper.

Instead of setting up WooCommerce on your hosting plan yourself, BlueHost will set it up for you, helping you save on time and money in the process.

On HostGator, you will have to manually set up WooCommerce yourself once you subscribe to a hosting plan. If you are new to WooCommerce, this might prove time-consuming, if not totally impossible.

BlueHost offers 24/7 chat and telephone support. A knowledge base that customers can refer to is also available, although as mentioned above, there may be a dearth of available information in it.

This can be remedied, however, via the other available support channels.

What is more likeable about the support options is the availability of separate chat and telephone numbers for the different areas of concern to customers.

For example, there are separate chat channels and telephone numbers for general sales questions, new businesses, new customers, traffic generation, and website speed and performance, among others.

We cannot find a similar option on the websites of the other providers covered under this article.

HostGator doesn’t have this feature, though it does have 24/7 support as well over email, chat and an online ticket system.

However, as mentioned earlier, HostGator has been criticised for its lackadaisical attitude towards support. 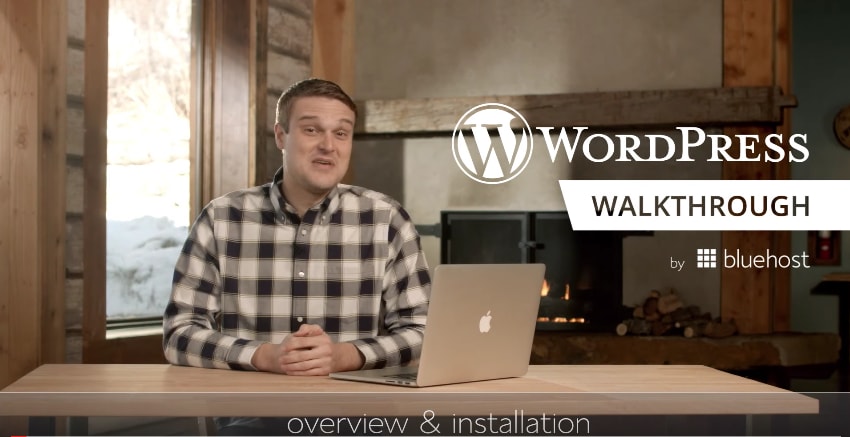 Another thing going for BlueHost is its active, frequently-updated YouTube channel, which features hundreds of video tutorials on a wide range of subjects, from web hosting basics to WordPress walkthroughs, and web design tutorials to training webinars.

Though HostGator does have its own video tutorials, these have not been updated for a while. This is apparent when you view a HostGator flash video showing a demo of a HostGator service on an old version of Internet Explorer.

Also, only the most basic topics are covered in its tutorial series.

When BlueHost identifies excessive resource usage by a website, it automatically shifts that website over to an isolated server.

This effectively limits the impact of the excessive resource usage on the other websites on the shared server.

Again, this is a BlueHost innovation that cannot be found in HostGator, or any other web host for that matter.

To be eligible, you need to do two things:

Step 1. Get BlueHost by clicking the button below:
Get Bluehost Discount »
Step 2. Send your Site details here.

Alternative No. 2: FastComet (My Favorite)

I had used HostGator and I am using FastComet. So, in my opinion, FastComet comes out superior in following areas:

LetsEncrypt.org provides free SSL certificates for all kind of websites.

However, Hostgator only sells Paid SSL Certificates from Comodo & PositiveSSL. Why can’t they mention about Let’s Encrypt and have their customer install SSL for Free??

FastComet has an option on their website where with few clicks you can install Let’s Encrypt SSL.

That thing just saved me around $45/year/domain.

FastComet offers this for $9.95/year.

That’s around $5/year savings for each domain.

I had some near nightmare experience in the past, where my Devs accidently deleted the whole site directory.

When I contacted Hostgator, they said, they can provide the backup, but it will cost me $100. Since I didn’t have my site backup at that time, I had to shell out 100 bucks.

FastComet too maintains daily backup BUT that is under MY control. So, whenever I need it, I can get it – without paying a dime.

This is what set’s FastComet apart from HostGator. If you ever end up with malware or hacked site, FastComet protects and cleans it for you – totally FREE.

HostGator doesn’t even have this service.

If you ever end up hosting your web application or company app, Fastcomet provides FREE application firewall to protect your code and database from stuff like SQL injection, Cross Site Scripting, etc.

HostGator doesn’t have this service.

Reason 6: Distributed Datacenters around the world

HostGator has just 2 data centers – all in US.

FastComet datacenters are spread in 8 countries. This really helps if your website is receiving international traffic.

I say potential because that $100 for backup – not everyone might need it.

If you want to switch your website from HostGator to FastComet, you can hire our Site Migration Expert by clicking here

GreenGeeks really excels in features. In fact, it’s one of the best-featured web hosts I’ve ever used.

And that means it’s seriously better-featured than HostGator.

Here’s what the overview of HostGator’s features are:

And here’s just an overview of what GreenGeeks offers with its plans:

You get a ton of things simply unlimited, even for the first tier. Plus, you get more advanced things like Cloudflare CDN and other performance boosts as you scale up.

So GreenGeeks definitely has a feature advantage over HostGator.

So much so, that I’ll highlight specific features that deserve your attention later in this list. But first:

We’ve tested both HostGator and GreenGeeks. The results below speak for themselves.

You can see the list yourself, and more details, here.

But compare those uptime scores and those response times to GreenGeeks:

As you can see here, it’s NO contest.

GreenGeeks’ worst performing month would still be a good month for HostGator. GreenGeeks has nearly perfect uptime, and great response times, too.

Not everyone cares equally about uptime, but it’s a really important aspect of hosting.

And here, GreenGeeks has a very clear edge over HostGator.

One of my main issues with HostGator is a lack of solid security. HostGator does not outline much of its security infrastructure or protocols.

The security tools it offers need to be paid for in addition to whatever hosting plan you purchase.

With GreenGeeks, even the entry level package has a ton of security features by default.

Note that some of these tools, such as the nightly backup, are costly add-ons with HostGator.

And of course, the higher tier plan you buy on GreenGeeks, the better security you get.

But it’s really impressive that for the cheapest option possible, you get even more security features right away than you would with HostGator’s higher tiers.

Solid State Drive Servers allow for much faster access and are more secure than the traditional servers HostGator employs.

What’s also nice about GreenGeeks, is that it doesn’t place limits on SSD storage at any tier—even though a lot of hosts do place limits.

To make it even better, every single tier has unlimited MySQL databases.

Meanwhile, at the time of this writing, HostGator does not even have an SSD option.

This is one of the things GreenGeeks is really known for. After all, it’s in the name!

GreenGeeks doesn’t just have an edge over HostGator for this, it has an edge over all the other hosting companies as well.

Yep. Servers and data centers are not always environmentally friendly, if we’re being gentle about it.

But GreenGeeks reinvests THREE times whatever resources your website takes up in renewable energy.

What’s even better is, this doesn’t come with a 300% higher price tag. No, using GreenGeeks means being eco-friendly for basically normal hosting prices! 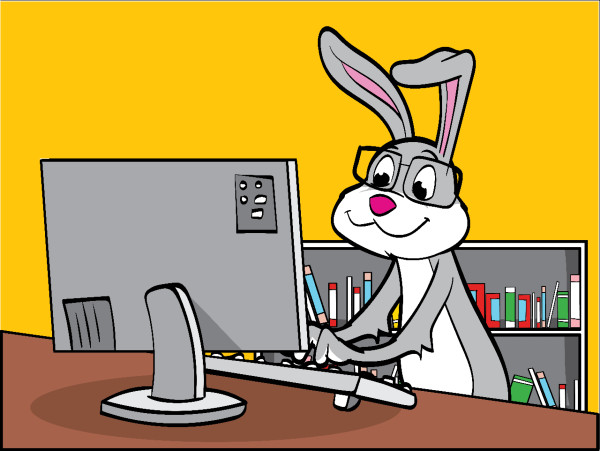 GreenGeeks now offers FREE Site Migration to all switching to Greengeeks from any hosting company.

So who deserves to be the Best HostGator Alternative?

In my opinion, it should be FastComet.

The features, the quick customer support and savings that FastComet offers as compared to HostGator – makes FastComet the true HostGator Alternative.

If you are really looking to switch from HostGator, you should definitely checkout FastComet.